With the number of cyber crimes constantly on the rise, it has become mandatory to arm your PCs and laptops with the best antivirus software available in the market. A lot of research has been going on in this area, and now we have a choice of upgraded antivirus tools to counter the menace that infests our computers. Here is a list of top 10 antivirus software tools that are available today. 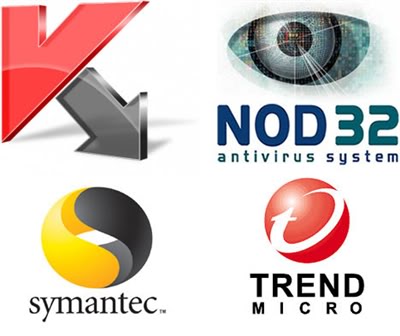 BitDefender Antivirus plus 2012 is a power packed antivirus tool that is very effective towards all sorts of spyware, viruses, phishing and identity thefts. It has incorporated innovative features such as social networking safeguards and a trouble free autopilot. Also known as the Essential Silent Security Antivirus, it works quietly but effectively in the background. It even gives advance warning of risky websites and gives you full protection towards your privacy.

This time tested antivirus software is definitely one of the best choices to protect your PCs and laptops from any kind of threat from viruses, worms, spyware, malware, Trojans, bota and rootkits. This tool has a host of advanced new features to protect you from the old as well as new threats. You can get real time protection against all kinds of spyware and scan your computer for vulnerability. In addition, it also does an email and website scan for malicious content. There is nonstop digital identity protection in Kaspersky 2011. The tool is easy to use and takes minimal space.

With a new approach to online security, the latest version of Norton Antivirus 2011, gives you a whole new treasure chest of options to combat viruses and spyware. Each of its features is comprehensive while working together at the same time to give you maximum protection. Norton Antivirus 2011 also supports all browsers such as Chrome, Opera, Safari and others. It has multiple overlapping layers of protection to ward off the strongest of viruses and online threats.

This is a very powerful and proactive antivirus tool that protects your PC from online threats. It comes with a ThreatSense technology which can sniff out the most dangerous and unfamiliar threats. It works quietly in the background so that you can keep working uninterrupted.

This antivirus boasts of a new cloud based technology, that dives you an effective protection against online threats even before they enter your PCs. The new version is better and more powerful against all sorts of viruses and spyware.

This antivirus tool not only protects your PC against powerful viruses, but it also boosts up your system’s performance and efficiency with its new toolbar known as SiteAdvisor. It also contains a compact two-way firewall to give an added protection against online scams, shared emails, and messages and malicious downloads.

The Panda Antivirus 2011 comes with a myriad of security features to help you ward off the most potent of viruses, malware, software and the newer unidentified threats. It is an easy-to-use software tool that is simple and fast.

This award winning antivirus tool is known for its dependable protection against malware and viruses. It is a deadly combination of all the efficient tools that help you ward off the lurking threats to your PC from cyber attacks. It has an IM Shield incorporated within and also a unique defensive feature to protect threats from P2P file sharing programs.

This amazing antivirus software program is extremely efficient in combating the threats from viruses and spyware. It has a feature called IntelliGuard that monitors and restricts any risky malware. It gives you real time protection against threats from your browser, emails, downloaded files and cookies and harmful websites.

This compact and efficient antivirus tool claims to give wholesome protection for PDAs, servers and business PCs. The malicious threats are nipped in the bud i.e. even before they can enter your PCs. This tool is available as a part of the CA Threat manager or an independent tool. It enables you to manage various client environments from one remote console that is web-based.

Your responsibility towards your PC or laptop doesn’t end with maintaining it dust-free and well serviced, a good antivirus is a must to protect the entire content on your device. The antivirus is also important for your own safety while managing your tasks online or offline.