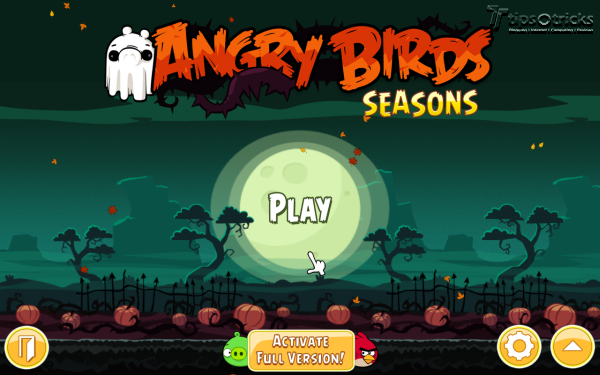 The gameplay is still the same – the addictive one! But there are some new interesting levels added in this new seasons release. These special episodes offer more challenging levels of pig-popping action and golden eggs to discover. 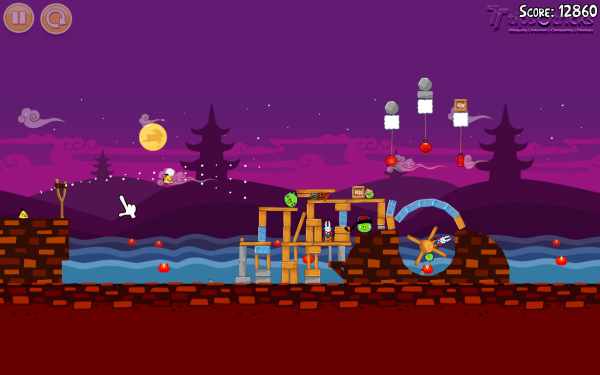 This new seasons has several episodes combined in one version! These episodes are based on themes of Halloween, Christmas, Valentine’s Day, St.Patrick’s Day, Easter and more upcoming seasonal varieties of Angry Birds. 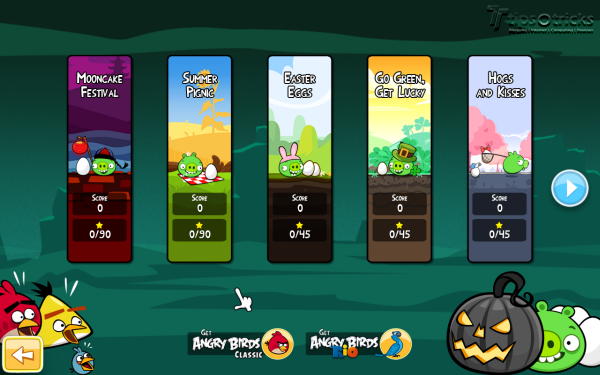 When you first run the game you’ll be given option to choose which year of seasons you would like to play. The year 2011 has got 7 episodes on different themes and Year 2012 has the only episode  – ‘Ham’O’ween’.  So this means there are total of 8 episodes with 45 levels each bundled up for you in one package which is definitely gonna create a huge hype among the fans who never get tired of playing this game. 😀 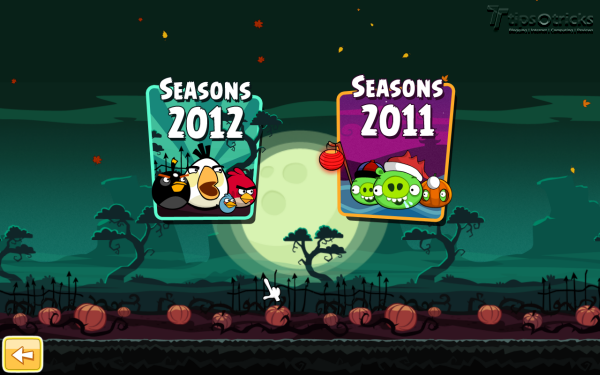 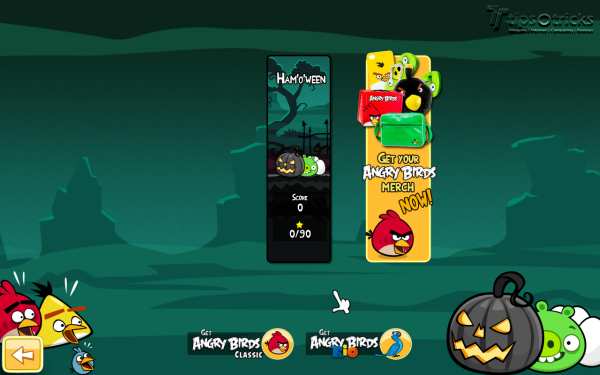 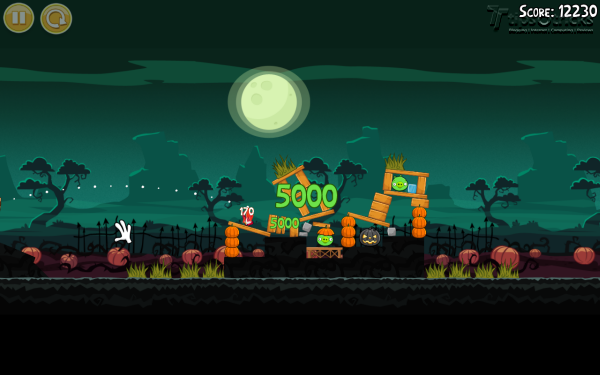 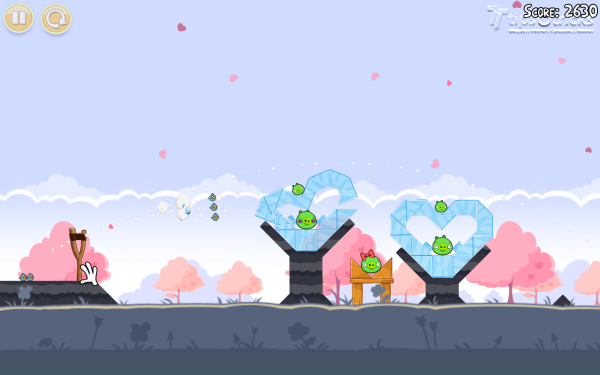 We are surprised to notice that the overall game size has been reduced drastically even after combining so many episodes in one package. The setup file now only takes 28.25 MB of you hard drive space!!

Coming to the hardware requirements, we tested the game on low end PC’s first with Windows XP, Windows Vista and Windows 7 and found that it’s working super smoothly on systems with only 1GB RAM and 32MB video memory. Still the official minimum requirements has to be met, which are here:

We have been discussing and sharing solutions of common problems users are facing with angry birds. If you face an issue with this new version, make sure you read all our previous articles here discussing the solutions of all possible issues with the game.