Notepad in your Windows operating system is no doubt the simplest text editor to use but it’s too simple that it lacks many important features you see in some of the advanced text editors these days. For the sake of convenience you must look for a better replacement – a replacement which can offer more advanced functionalities over the current and too simple notepad.

I use Notepad++ almost every day for writing any text, memos, letters, maintaining my web sites, developing software in various languages etc.

The best thing about Notepad++ is its convenience which lets you open and edit multiple documents simultaneously in mult-tabbed environment. It is extremely easy to use and never gets into the way of what you are trying to do and saves you a lot of time. 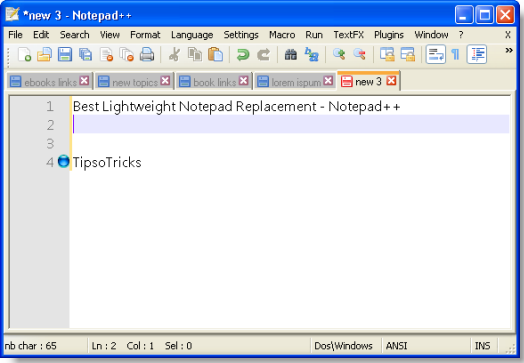 Some prominent features of Notepad++ : 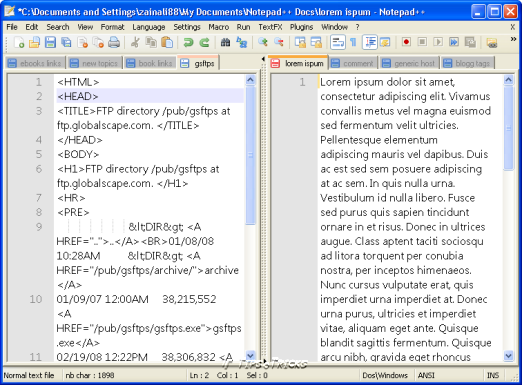 The interface is much simpler but equipped with hundreds of more advanced features. At top almost all basic functions are available with small buttons while the rest of the screen is made of nothing but pure white space with line numbers on the left. All the coding tools live in the menu bar, with some represented on the toolbar.

WHY TO REPLACE SIMPLE NOTEPAD?

Switching to Notepad++ from built in Windows Notepad will depend on you that how much you use these advanced features of a text editor. Notepad++ installs separately and doesn’t automatically replace Windows Notepad. But if you want to replace completely, read the instructions given here.

One very useful feature of Notepad++ is that it remembers all the documents being edited in one session and suppose if you close the main Window (containing all the opened documents), Notepad ++ will remember all the documents previously opened, auto-updates them all and restores the complete session on the next launch.

There are literally so many features that can take a whole day if I start explaining each one by one. So I leave those all for you to explore.

So if you prefer the ability to open multiple documents, and you want all the advanced functionalities of a advanced text editor in one program, then I highly recommend Notepad ++. It’s a great alternative, and to some, an excellent notepad replacement.