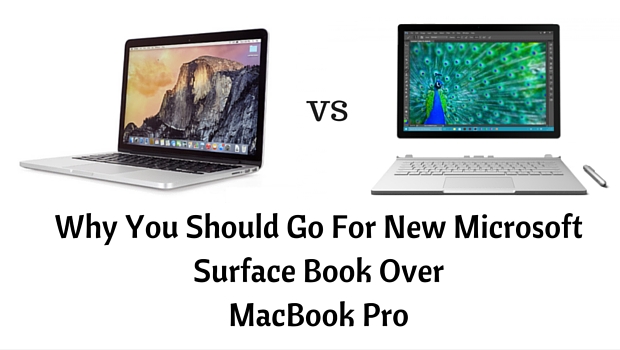 
Microsoft Surface Book has been successful in drawing a lot of attentions for its crazy hinge and flexible design. Since the Microsoft Surface Pro is available in a 13.5-inch form, the focus will be on the comparison against the all-time-rival MacBook Pro which comes in a 13-inch package. In this article, the emphasis will be on the provision of top reasons why you need a Surface Book in your life instead of a MacBook Pro. 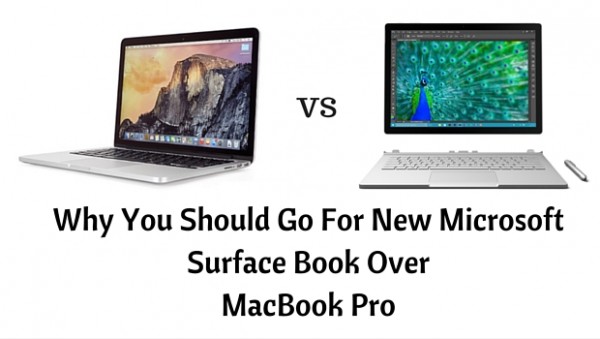 Considering the fact that Microsoft Surface Book is a tablet, it would be so surprising to hear that it is still housed with some better and more powerful internals as compared to a MacBook. The Surface Pro comes with 4th generation core chips by Intel and the buyer can choose between the 1.5 GHz i3, 1.9 GHz i5 or 1.7 GHz i7 which changes prices with each version.

This is not hard to guess that Surface Book offers more choices than the MacBook. Beginning with 4GB RAM along with a 64GB or 128GB SSD, the RAM can be increased to 8GB and the storage can be elevated to beefy 265GB or 512GB. As the Microsoft’s Surface Pro is using the fully powered Intel chipsets, it comes on the top when performance is concerned. The appeal to get hands on Microsoft Surface book has a tremendous effect that all the pre-order on official website are sold out.

These two devices may be different in a lot of ways and in numerous areas, but it seems just like Android, Surface Book has taken the highest position from MacBook yet again. On the Surface Book Pro, the display used bears the Clear Type Full HD Plus branding that typically means it gives more vivid, sharper and impressive screen resolution of 2160×1440 with great viewing angles. The one thing that sets apart the two devices is the multi-touch ability. Microsoft has also offered a digital stylus in the Surface Book which can be used for some awesome doodles.

When it comes to selecting a device which is easily portable and is comfortable to be plugged into the monitor while it is still in the messenger bag, the Surface Pro, and MacBook both are good choices but still, there are some aspects that set apart the Surface Book. 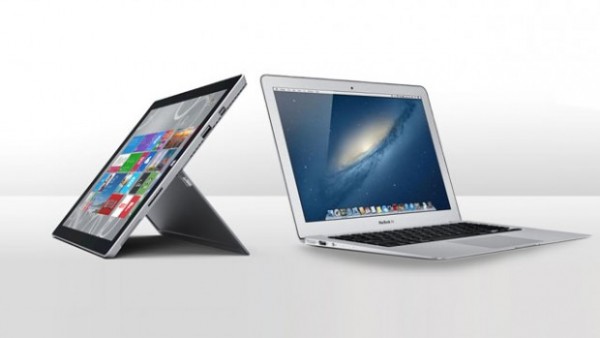 The weight of the MacBook is about 0.92 kg which is quite impressive, but Surface Pro is actually lighter than that. The Surface Book tips the scales at just 0.8 kg although this is weight without a keyboard. Dimension wise too, the Surface Book takes the lead with a measure of 11.5 x 7.93 x 0.36-inches while MacBook measures 11.04 x 7.74 x 0.52-inches.

Optimized Battery As Compared To MacBook

Apple’s MacBook, according to many reviewers, fell short on the battery area. However, it can be summarized as a close fight. Both the devices offer 12 hours of battery when heavy tasks are not performed, still MacBook drains more power when compared with Surface Book. Apple has always been criticized heavily due to its battery problems mostly in iPhone and it seems the company doesn’t take it as a big problem.

Just when you are going to drop a 1000 bucks on MacBook, you should know that you might find a MacBook little limited in terms of functionalities. It runs Mac OS X El Capitan. On the other hand, the Surface Pro 4 comes with a fully-fledged version of Windows 10 which is capable of doing everything a regular system would be expected to do. 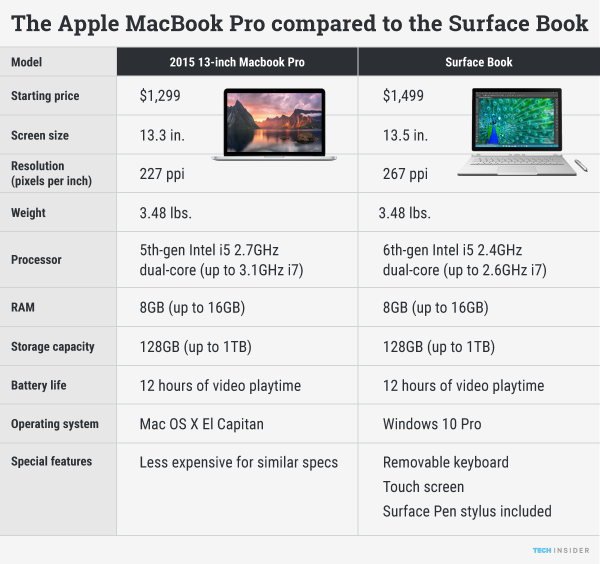 A Microsoft’s 128 GB Surface Book with 8 GB of RAM costs $1,499 in the starting. By contrast, a MacBook Pro starts at $1,299 with an 8GB of RAM and 128 GB of storage. Still, a surface book is worth the extra money as it is twice as faster as the Apple’s MacBook and also comes with a stylus.