Mozilla Firefox is almost the most popular Internet Browser among  the internet users. Mozilla is working really hard so that it’s scheduled that there will be a new release every 6 weeks, and it may change it to 5 weeks or less. The last release date for the builds was 13 Oct 2011. Firefox 9.0a2 Aurora / 8.0b3 Beta / 7.0.1 Final were released some time ago.

Well, That’s not all from Mozilla, there’s also Nightly Build. Another build like Beta and aurora, but mostly for developers. It contains some more features but also keep in mind that it’s normal to have some more bugs. Here are some of the new and interesting features i found about it. 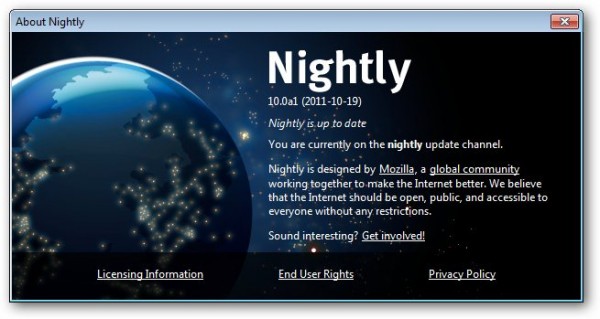 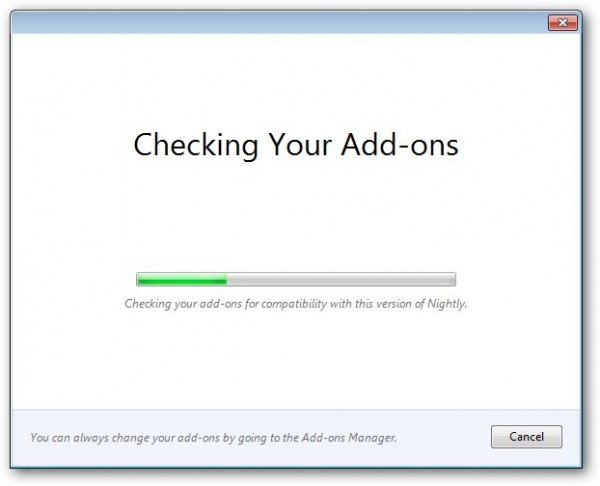 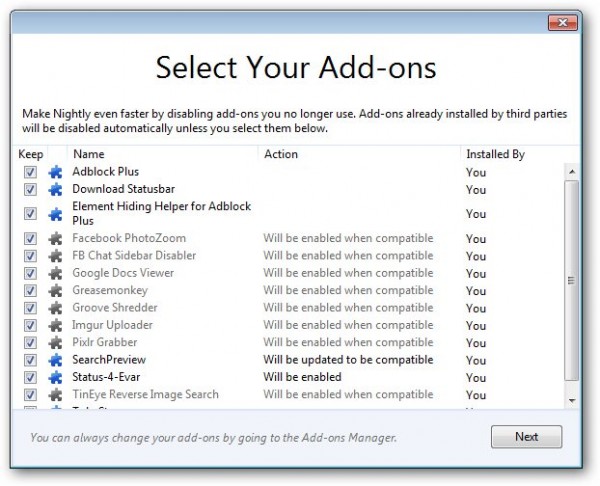 Well, it’s good that Mozilla knows about the importance of the first impression, and since the addons update check is the first thing you see after upgrading from your current build. Mozilla took good care of how it looks , although you probably see it only once, the moment you look at it makes you feel like it’s a built in browser or a browser that is a part of windows 7 or vista.Unfortunately, of course . not all addons will work on it. You’ll have to wait for the developer of the addon to release an update for the new builds.That was one of the main reasons why i stick for a while before doing a big update for Firefox build.

As usual, Mozilla seemed to enjoy copying features from other browsers. The most noticeable example is the Firefox Button ( which was first used in Opera ). Now Mozilla added a new feature that was in chrome since the very early builds which is the Inspect Element feature, here are some screens. 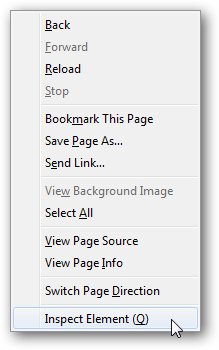 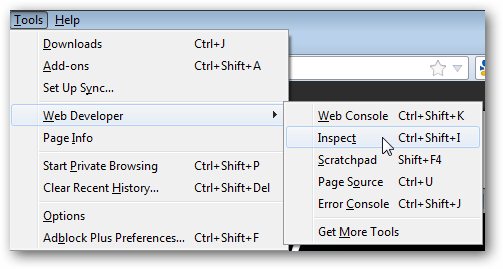 The first screen shows the Inspect Element feature in the context menu ( Right Click Menu ) of the web page. The second one shows how to get it from the tools menu. If the tools menu is not shown. just hit Alt once and you’ll see it. 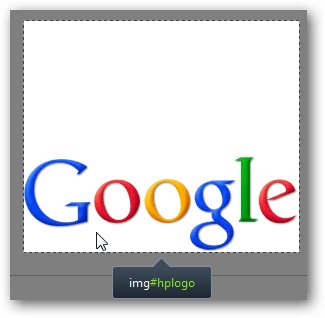 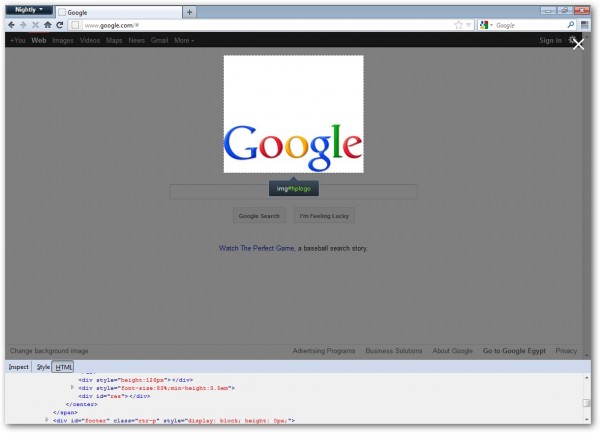 These two screens show the Inspect Element feature in action.

So, have you noticed anything else new? Please share it in comments below.