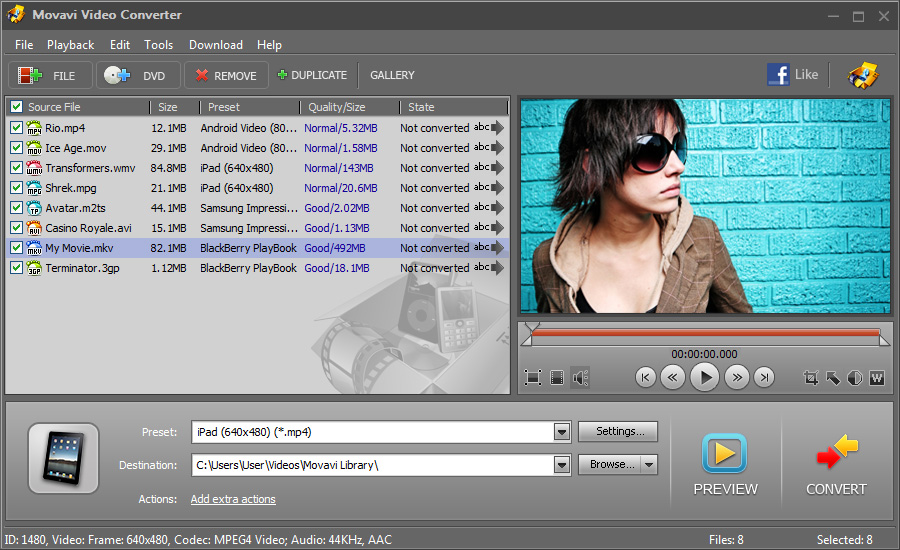 
There are so many video formats are available today that a common user can get confused easily with what format is for which device or what format of video is better than the other one. With the video formats unique for each of the portable music devices it is now quite a daunting task to search for the compatible video format that can run on your smartphone or any music device. But this all is not a problem anymore. Movavi video converter has made the task of converting a video from one format to other so easy that anyone can play any video format on any type of device! People who are taking online video production classes would probably have a blast with this converter.

Movavi Video Converter lets convert video files into your desired format. The software is compatible with almost every video format and can take popular videos formats like like AVI, MPEG, MP4, WMV, ASF, 3GP, 3GPP, MKV, MP3,MOV, QT, VOB, IFO, MOD, DAT, M2T, MTS, VRO, FLV, etc as input video file and generate the output or converted video into any of the above and many more video formats. 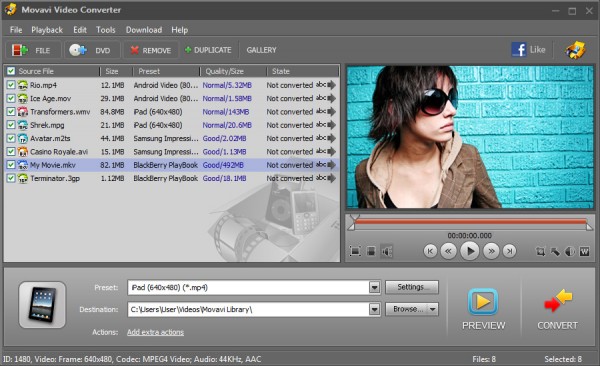 The software has specific options for various media players such as iTunes and Windows Media Player. This means you can take nearly any video and convert it to play on whichever player or device like iPad, iPod, iPhone, PSP, and smartphones, like Nokia, BlackBerry, Android, Samsung, etc.

This software gives you the facility to adjust advanced settings such as a file’s video and audio codec. Additionally, you have the ability to operate a file’s bitrates, frame rate, sample rate and more. Although, the default settings can also produce the perfect result.

Movavi Video Converter also enables you to capture images from videos. This is a great feature for grabbing still frames from videos. You can export images captured from videos as BMP, JPEG, GIF or PNG files.

Movavi Video Converter is capable of performing many things; it’s handy in both importing and exporting common file formats. The ability to convert files into desired formats for any media players or device is predominantly useful. The software’s exceptional DVD-to-video converter also makes it value for your consideration.

I personally use the software whenever I need quick and loss-less video conversions of videos that I download from web for my portable music players. I would really like to recommend the software to all music and entertainment lovers who frequently download videos from internet and want to watch them on their portable music devices or smartphones.